Why ‘House of Cards’ Gets Politics Wrong 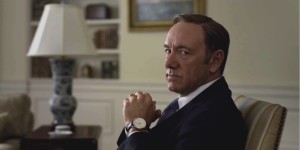 House of Cards is a first-rate series for us political junkies. I’m hooked. In fact, Right Progress Editor James Velasquez and I had plans to wake up at 3:00 AM to start watching it on the night of release. Really. The acting seems, to me, a cut above most television. The plot has perfectly timed twists. The interpersonal dynamics woven throughout – it’s really a well-done show, especially with all its one-liners and occasional deep thoughts.

But I have an objection to the show from an experience I had when I was on a business trip to Shanghai, China. Several (local) government leaders approached me while I was there last October and asked me: “How real is House of Cards?”

I was a little taken aback. First, that Chinese government officials watched the Netflix show. But second, the implication that American politicians – whom I work with regularly – could be so depraved.

The first time I laughed and hastily said, “no, not at all!”

Of course, that’s not quite true, either – I don’t know the degree, but there certainly are some aspects of the show that reflect reality (just not the Francis Underwood character, I hope). I remember hearing once that foreigners think Americans are all sex-craze, lazy cheaters based off of the shows we export, such as As the World Turns, or Miley Cyrus’ twerking, so I shouldn’t have been so surprised.

And the Chinese are one thing. In fact, maybe it’s good that they think we’re ruthless, right? That would be a not-so-subtle lesson, given the involvement of the Chinese in this second season.

What alarmed me, more, I suppose, was when I went home (hundreds of miles from the Beltway) to find the idea of widespread, criminal behavior from politicians suspected, or even assumed, by ordinary Americans. At a church service in Garland Pa, I was asked similar questions to the Chinese regarding the ‘widespread corruption’ of politics. The general assumption is, to paraphrase Frank Underwood, that ‘politics is just shy of treason.’

I work with politicians on all levels and wings of government. Even the ones whom I vehemently disagree with, I honestly think get more hatred (and often praise, depending) than they deserve. Sure, almost everyone to some level is self-interested, and cronyism runs rampant. But really, most politicians do believe they’re trying to do what’s best for their constituents, their country, and the world, even if they’re serving their own interests at the same time.

So, while I really enjoy House of Cards, and hope to see many more seasons, the series on the whole reinforces a prevalent – and at least somewhat erroneous – perception that politicians are the scum of the earth. Friends, it’s just not true – on the whole they’re not worse than you – or not much, anyway. Just as As the World Turns doesn’t represent our nation’s morals, or The Office doesn’t represent what most our daily work lives look like, House of Cards doesn’t represent how Washington really works. Parks and Recreation, however, might be a lot closer to the truth. But that’s a different discussion.