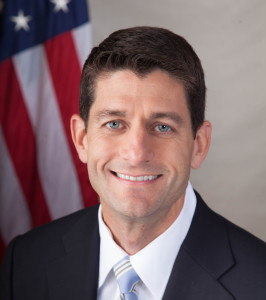 With his latest policy proposal, Representative Paul Ryan managed to reach across the aisle and strike a bipartisan chord on an issue that continues to divide. That feat alone is noteworthy and deserving of commendation. And though his plan is, at times, overly broad and generalizing, it will surely appeal to Republicans and Democrats alike – maybe because of its vagueness.

That’s not to say the proposal, titled “Expanding Opportunity in America,” is devoid of serious content or bereft of helpful ideas. To the contrary, it provides a useful starting point—a springboard, of sorts—for subsequent discussion on how best to alleviate poverty and fuel upward mobility.

The problem that most needs to be addressed, according to Ryan, is the perpetual and enervating poverty of low-income earners, who have little or no chance of improving their lot, and who find themselves “stuck on the lower rungs” of a ladder they cannot climb.

The goal of Ryan’s proposal is not to pull the bottom 20% up by force, violently and against their will, but, rather, to give them the skills and habits necessary to scale the ladder for themselves.

Toward that end, Ryan hopes to streamline federal aid programs and make them more effective. Through an Opportunity Grant, his proposal would bundle these programs together, many of which are redundant, and redirect funding to a single source, allowing states and other community groups to test new and innovative ways to combat poverty.

The tricky part, of course, is to provide aid without discouraging hard work. For many low-income earners, attaining a higher income reduces federal benefits, so industry and diligence often seem counterproductive.
Ryan recognized as much. This problem is precisely what the proposal will correct, he said, by coordinating programs and smoothing otherwise abrupt drops in funding.

Coupled with the Opportunity Grant, Ryan’s proposal would extend and simplify the Earned Income Tax Credit, as well as focus education reforms on students in impoverished families. Another focus involves reducing sentencing requirements for non-violent offenders. All of this while cutting regulations on low-income workers and businesses. Additionally, the plan would create a council to research and analyze the effectiveness of aid programs. All these goals would be achieved in a revenue-neutral way, without taxes or spending cuts.

The proposal is breathtaking in its ambition; yet, as it turns out, most of the nitty-gritty details have been delegated to the states. While conservatives will favor this feature—being a nod to federalism, experimentation and competition—those on the progressive end of the political spectrum may be skeptical, and justifiably so. After all, what is to prevent “red states” from cutting programs, or diverting the money to other areas?

Ryan’s proposal is at its best when it deals with specifics, offering practical solutions to problems noted by many, but till now, addressed by few. In his lengthy section on education reforms, for example, Ryan laments the fact that government aid is stoking “tuition inflation.” As possible fixes, Ryan mentions job training and alternative schooling methods – changes that can and must be made in order to meet the economy’s present needs.
Ryan also has ideas for how to close the gap in formal education, especially at colleges and universities, or at the post-secondary level.

Yet, the report is really just conversation starter, Ryan admitted, and “is not meant to serve as the final word.” While sometimes short on detail, it kicks off a much-needed discussion on one of the foremost domestic policy questions of the day.

As a tool for discussion, and as a broad outline for potential policy solutions, “Expanding Opportunity in America” is a most welcome addition. May it help advance an ongoing, and bipartisan, political exchange.